If you know Margot’s story, you know it had its share of complications and anxieties. We knew going into another pregnancy there was a very high chance that the same thing (cholestasis of pregnancy, the main symptom of which is intense itching and is otherwise harmless for the mother, but can be fatal for baby) would happen again, but we went in with eyes wide open to the possibility and with much prayer that the Lord would watch over and protect our baby.

My pregnancy was uneventful and pretty easy. On August 10th I tossed and turned at night due to the normal effort to get comfortable, but also because I was itching. The itching began mostly in my chest and belly, so I thought at first that it might just be a normal pregnancy symptom, but by the next night it was getting worse and I was experiencing it in other areas as well. The next morning I called my doctor and explained what was happening. I was told there wasn’t much that they could do because the results for testing to confirm cholestasis would take a week to get back and by that point, I would be thirty-nine weeks anyway. I had an appointment later in the week so they said to plan to come in for that and to let them know if my symptoms worsened.

The day of my appointment (Thursday) arrived and I was scheduled to see the nurse practitioner on staff. When she came in she cut to the chase and said that my doctor would like to schedule an induction for Monday, with a check-in on Sunday. I had really been wanting to avoid induction if possible, but had known all along that it was a possibility. I called my doula and Geoff to see what they thought and we all decided to go ahead with it. It was very surreal to do all the paperwork for admittance, knowing that we could be having a baby in just a few days! I was told to arrive on Sunday, but to call ahead to make sure I had a room.

Sunday came and we made the phone call around 5 and the hospital said we could head over! We said an emotional (at least for me) goodbye to Margot, leaving her in the good care of Geoff’s mom. We checked in at the security desk and were told to wait in the waiting room. We had been there maybe half an hour when we overheard a nurse tell another pregnant girl that they didn’t currently have a room for her, so they might want to go get something to eat because she didn’t know when she would be able to go back. Geoff decided to go ahead and ask if there was a room for us to avoid us waiting there longer than necessary, and sure enough, they said there had been some emergency check-ins and they didn’t know when a room would be available. Ha! We decided to head home and eat something and then go back. So, we got to have one last dinner as a family of three, along with Geoff’s mom and brother. 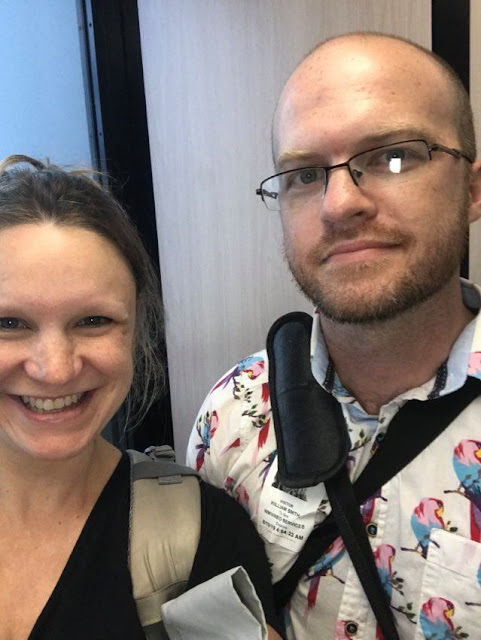 We arrived again around 7 and got settled in a room, It took a couple hours for my nurse to be able to get me in the system, and to finally be able to see how far I was dilated (I had been at a 3 at my appointment). She was amazed to discover that I was at a 6!! She couldn’t believe I wasn’t having contractions, other than Braxton-Hicks. She said the doctor on call didn’t see a need to start Cervadil and that my doctor would be in at 9 the next morning and we would go from there! 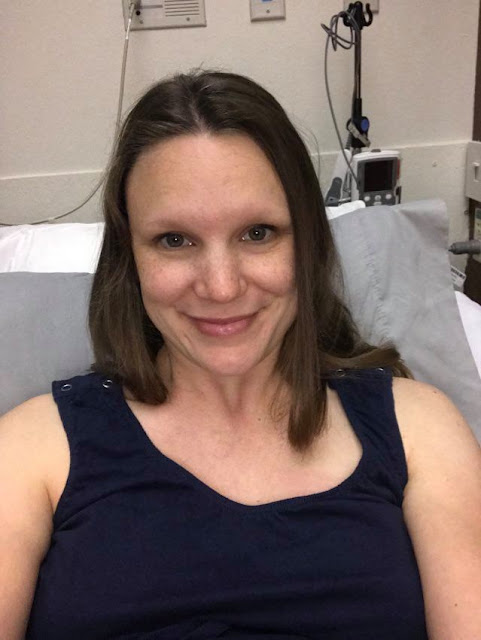 I was giving my amazing doula, Brooke, updates throughout the night and she said she would be there by 8 and we could walk to halls to try to get things going naturally!

Between the anticipation and continued itching, I don’t think I slept very much at all. When Brooke arrived, the three of us set out to walk the halls and I got some coffee (against orders...haha). I was feeling pressure as we walked, but Brooke was amazed that I wasn’t feeling more! We talked and laughed as we walked, and I couldn’t believe how at peace I felt.

My doctor came in soon after we got back and when she checked me I was still at a 6. She said she could break my water and we could see if labor started naturally. Once my water was broken, I felt some anxiety kick in. It was a really uncomfortable feeling, and I was also disappointed that the gown I had ordered to labor in got soaked (sounds silly, but I had been excited about wearing something other than a hospital gown)! Brooke helped ease my tension my massaging my arms with essential oils and just being a sweet, calming presence.

Contractions started almost immediately and I transitioned from the bed to an exercise ball. Between contractions we laughed and joked, and when they started up again Geoff massaged my shoulders. At different points the nurses would ask if I would like to move to the bed and every time I said “no.” I think I had a fear of getting stuck on the bed for the rest of the labor. At one point, I realized we should call my sister because she wanted to be there for the birth. I actually can’t remember if we called her, but she came at just the right time. My heartburn started getting bad, so the nurses gave me Pepcid, but soon after that I threw up. Brooke said that was probably a sign that I was in transition!

The nurses came in and said the doctor wanted me to be checked, so I had to make the dreaded transition to the bed. I wasn’t  sure if I wanted to know how far dilated I was, but the nurse said, “I think you do!” I was at a 9!! They said, “let’s get the room ready for delivery! It gives me chills to type that even now. 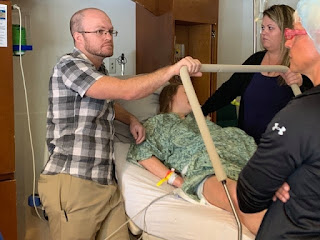 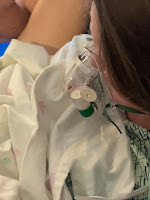 I don’t remember much from that point other than that it felt like hell. At one point I said “I can’t do this!!” To which Brooke responded, “You ARE doing it!!” I just remember feeling like everything that I wanted to do was the opposite of what I was supposed to be doing. I wanted to retreat into another realm, but I had I to stay focused on pushing with each contraction. When his head was out, I thought I was home free, and felt so defeated when I realized his shoulders still had to come out. But then, all of a sudden he was out! The combination of relief and joy that I experienced in that moment can’t be described. What a joy to see sweet Ransom’s face...to see THAT’S what he looked like all along! I remember looking at Geoff and saying, “You have a son!” 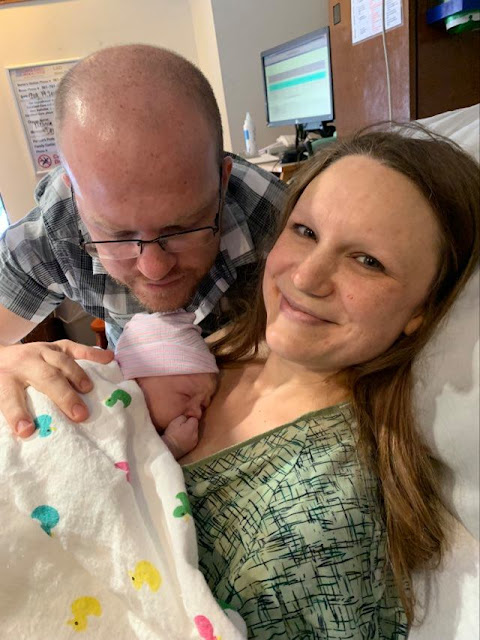 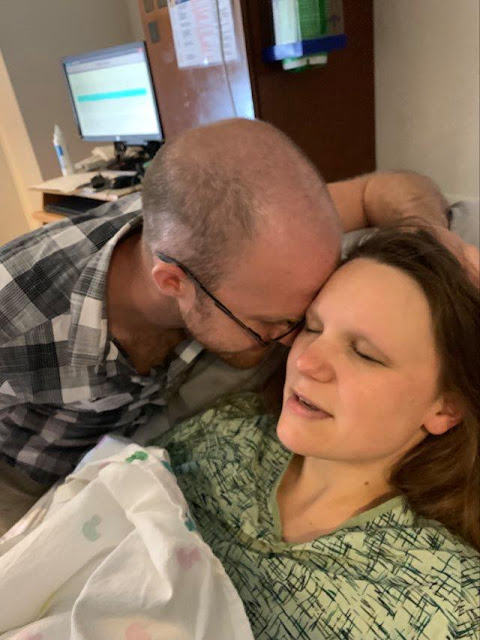 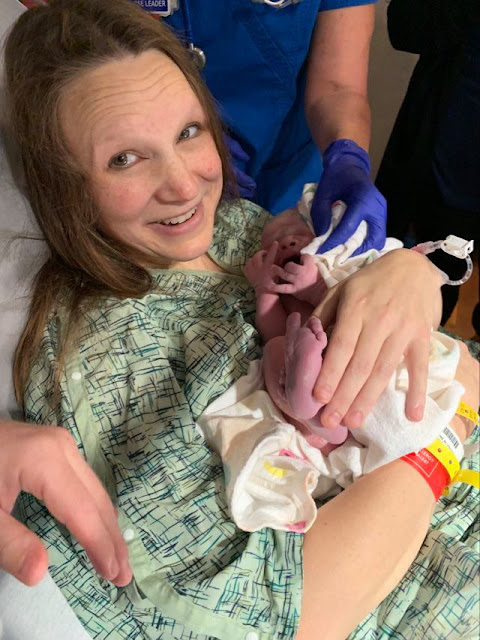 All in all, labor was only 3 hours and I think I pushed for maybe twenty minutes of that. Of course, labor and delivery is no walk in the park, but everything went perfectly. I am so thankful that the cholestasis didn’t manifest itself until late in my pregnancy. I’m so thankful I didn’t have to be hospitalized early on, and I’m so thankful that Ransom was a full-term, perfectly healthy baby. The gift of all of this is not lost on me. Having my sister, Katie there was so special, and Geoff and Brooke were the best birth team I could have asked for. 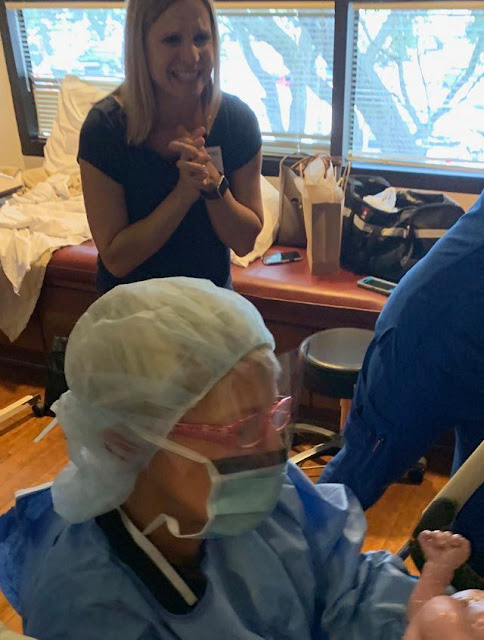 My sister, Katie-- is this not one of the best captured moments ever?! 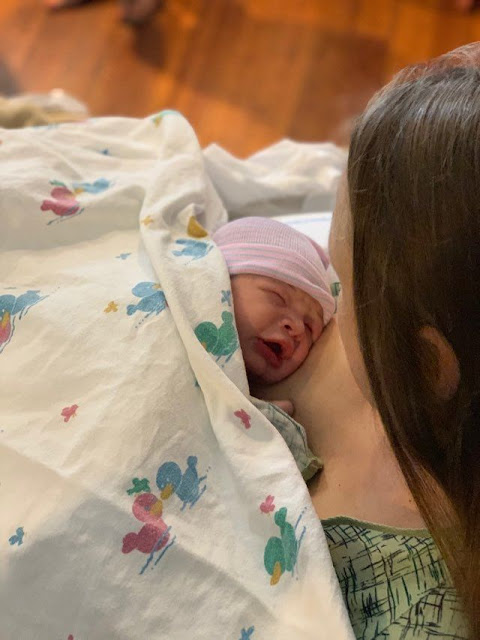 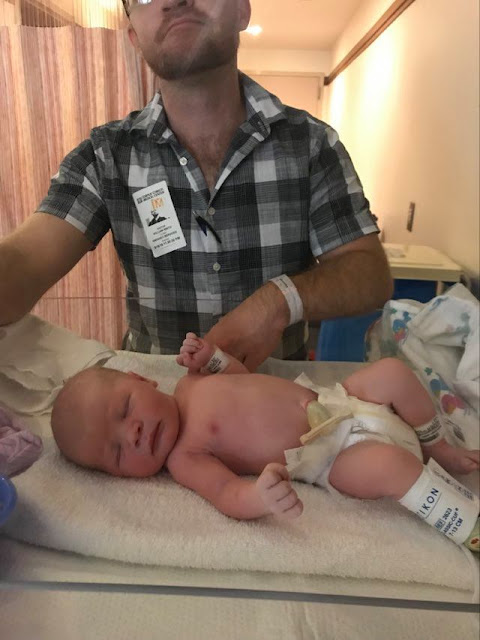 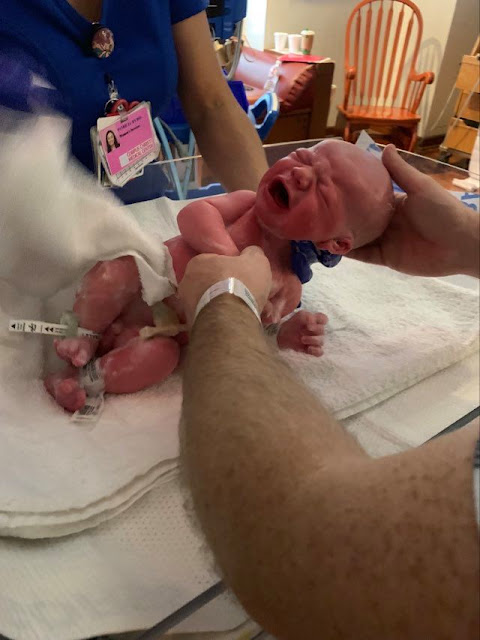 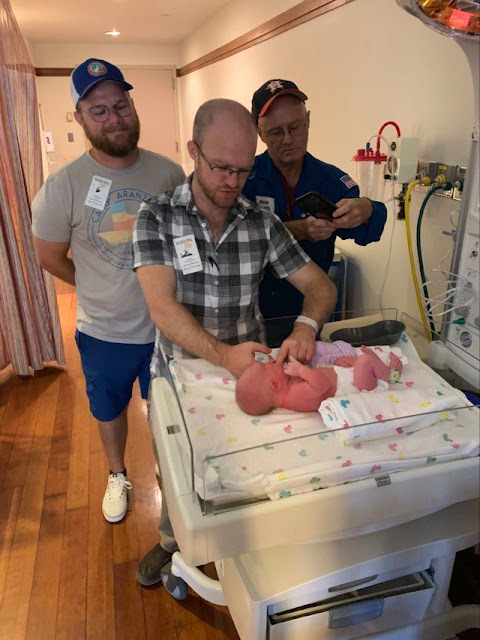 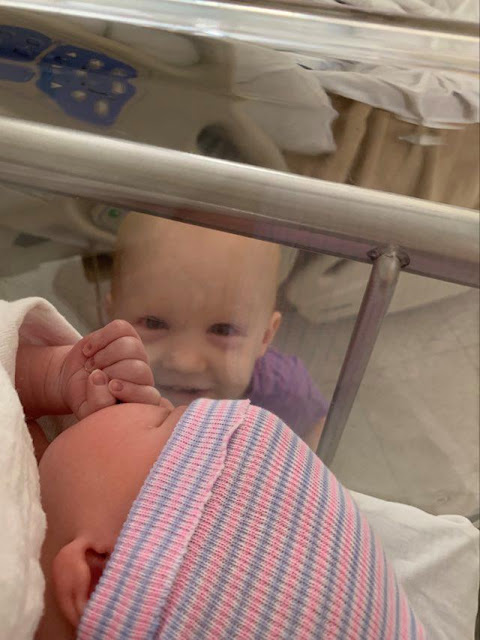 Tomorrow we will celebrate Ransom’s first birthday! What a year it has been! Thank you , Lord, for your good gifts.
Posted by Avery at 8:06 PM No comments:

Avery
Thanks for stopping by! If we haven't met already, I hope we get the chance to know each other at some point! I currently practice massage therapy at a day spa. I plugged away at an English degree for a while, and then finished school,got engaged, and married my best friend all in the same year. My husband is a seminary graduate/ teacher who makes me laugh and regularly challenges me to follow Jesus more closely. I love words and writing, and I am learning to find beauty in the ordinary moments of life, some of which I write about here. A few of my favorite things are... breakfast dates, big coffee mugs, good books, tulips, ice cream (it's a bit of an addiction), hospitality, when people use their God-given talents, Sherlock (the BBC series), the ocean, The Office, traveling, Compassion (as in the general quality and the actions it produces, but also the child sponsorship program. You should click on the button up above to find out more, and consider sponsoring a child! =)